I leave for New York in a week, and what better way to hang out with my only brother one last time than taking batting practice at a minor league stadium. Last night, Brian and I took a few cuts at Werner Park, home of the Omaha Storm Chasers (AAA for the Royals). My dad—who was a much better hitter than both of us ever were—declined to step into the box. He played some catch with us and then watched from the stands. We felt like little kids again.

I came close to putting one out. I hit the bottom of the wall in the left-center field gap. I had two other warning track shots. The guy operating the pitching machine said to me after I hit the wall, “You gotta talk to it!” Evidently, I had forgotten the art of verbal muscle in hitting. The last time I swung a bat was a cricket bat in South Africa back in 2009! Needless to say, I was pretty pleased with my performance.

Thanks, Omaha Storm Chasers for a fun afternoon. Thanks, Brian and Dad for a great memory. I love you guys! 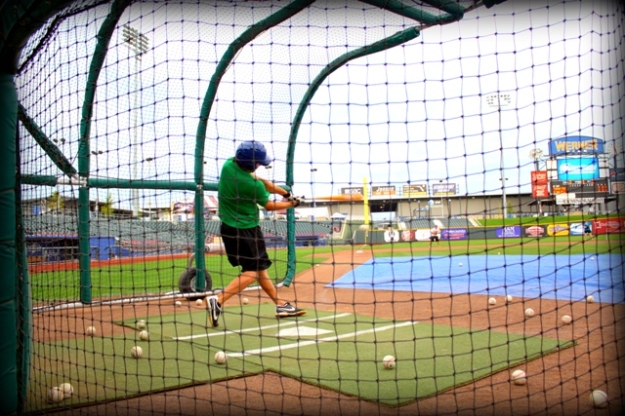